Ranking “Band 1” (top tier) in 18 practice areas in the recently published Chambers Asia-Pacific 2020, Kim & Chang was again recognized as the most top-tier ranked firm in Korea.  In particular, we were the only Korean firm to receive “Band 1” in Dispute Resolution – White-Collar Crime.   We also continued to be ranked in Arbitration (International) – Asia-Pacific Region (“Band 4”) and General Business Law – North Korea.

Additionally, we again received the most number of individual recognitions among Korean firms.  66 of our attorneys, patent attorneys and tax attorneys were named “Leading Individuals” and nine were named “Recognised Practitioners*.” 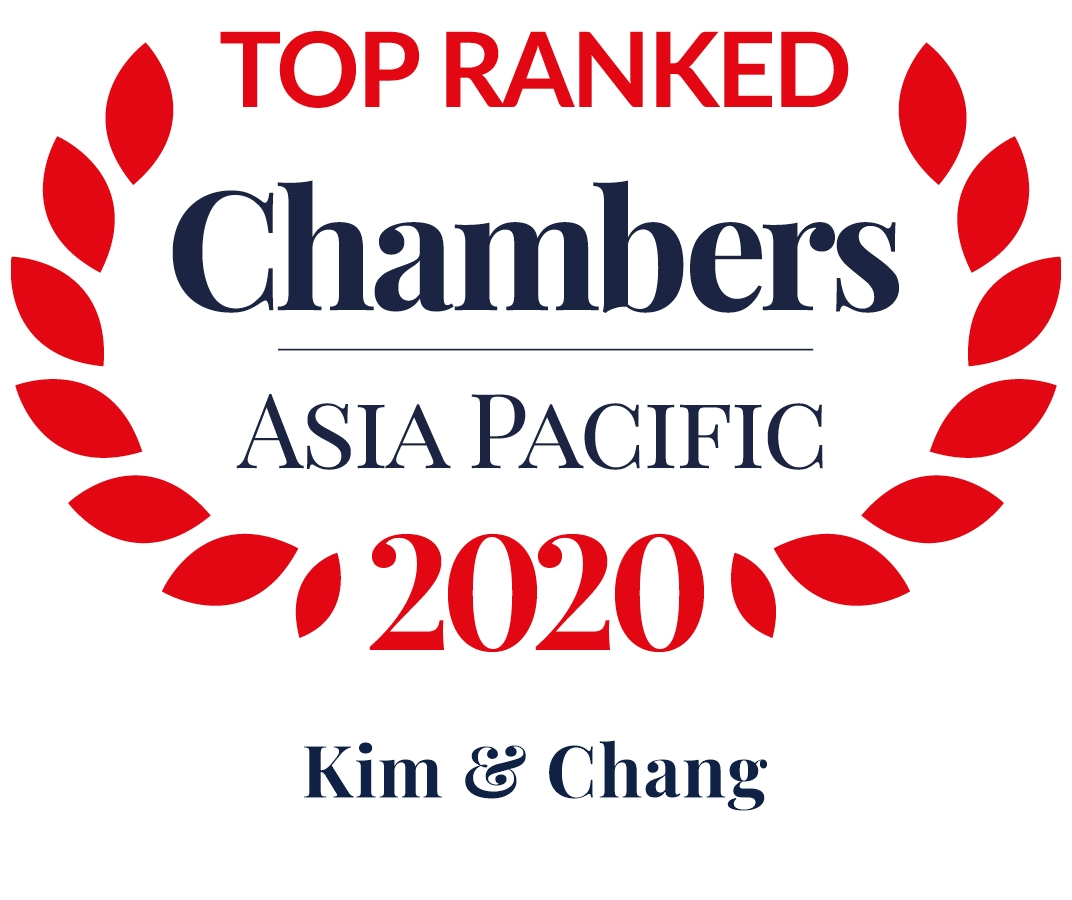 Below are the details of our rankings:

About Chambers Asia-Pacific:  Chambers Asia-Pacific is an annual guide to the Asia-Pacific legal market, and is compiled by the leading global legal publisher, Chambers and Partners.  Covering 36 jurisdictions, and surveying 19 practice areas in Korea, the guide ranked law firms and legal practitioners based on in-depth interviews with key clients and lawyers in the market, assessments of recent works, independent research and data analysis.

*A “Recognised Practitioner” handles notable matters and / or has received some recommendation during the course of our research.  However, they have not received a sufficiently high level of sustained recommendation to be included in the printed version of the Chambers guide. Instead, the “Other Noted Practitioner” category shows that these individuals are on our research radar.