Kim & Chang was again the only Korean firm to secure “Band 1” ranking in all nine practice areas surveyed for Korea in Chambers Global 2020.  We also continued to rank “Band 4” in “Arbitration (International)” in the Asia-Pacific region and receive recognition in “General Business Law (Expertise Based Abroad)” in North Korea.

Additionally, 32 of our attorneys and patent attorneys were selected as “Leading Individuals” and three as “Recognised Practitioners” for their outstanding work in their practice areas. 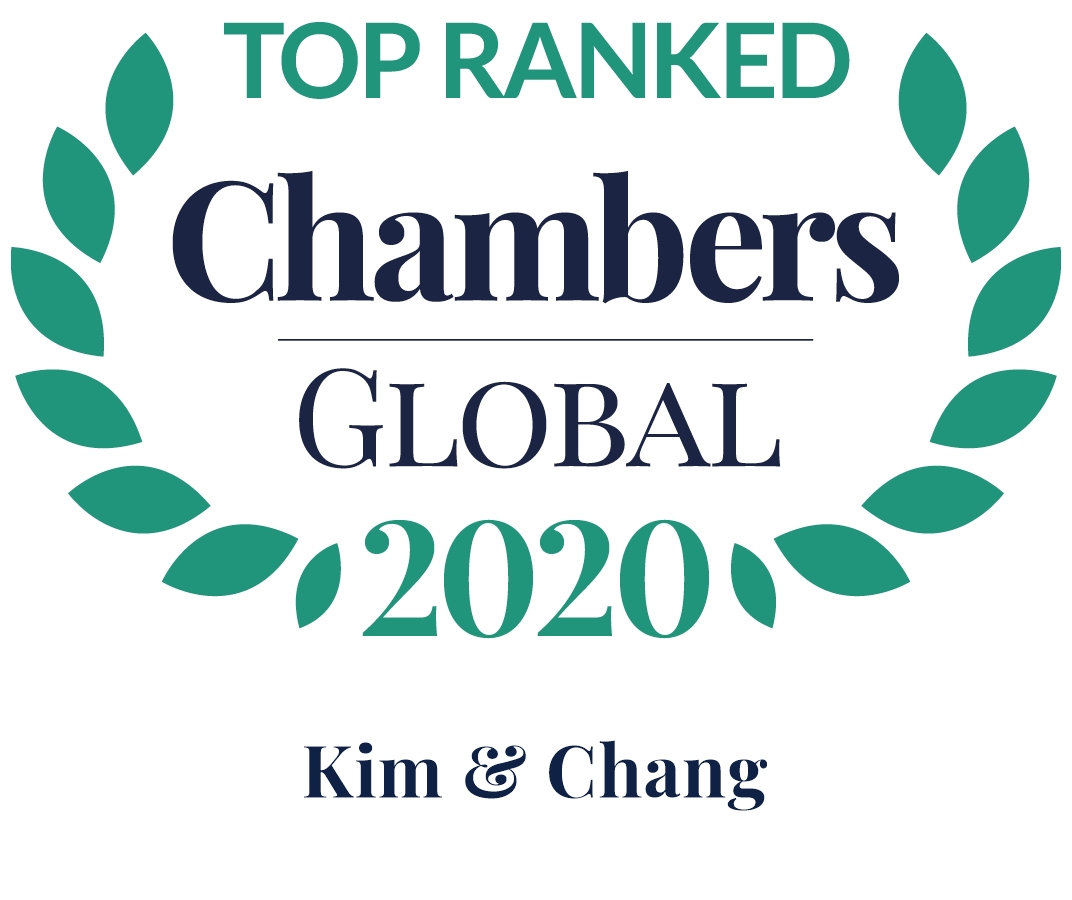 The following details our 2020 ranking results.

About Chambers Global:  Chambers Global is an annual worldwide legal ranking guide by the leading legal publisher Chambers and Partners.  It conducts independent research and analysis to determine the most outstanding law firms and lawyers from more than 190 countries.  Our firm was also the most top-ranked Korean firm in Chambers Asia-Pacific 2020, published in December 2019, with “Band 1” ranking in 18 practice areas.

*A “Recognised Practitioner” handles notable matters and / or has received some recommendation during the course of our research.  However, they have not received a sufficiently high level of sustained recommendation to be included in the printed version of the Chambers guide.  Instead, the “Other Noted Practitioner” category shows that these individuals are on our research radar.