Kim & Chang won the “Asian Law Firm of the Year” award at The Asia Legal Awards 2022 once more after winning it in 2015.

About the The Asia Legal Awards: The awards ceremony is hosted annually by the renowned US legal media The American Lawyer (ALM).  ALM awards firms, lawyers, in-house lawyers, and representative deals that have stood out over the past year in Asia.  This year’s awards ceremony was held at Island Shangri-La, in Hong Kong, on June 29, 2022. 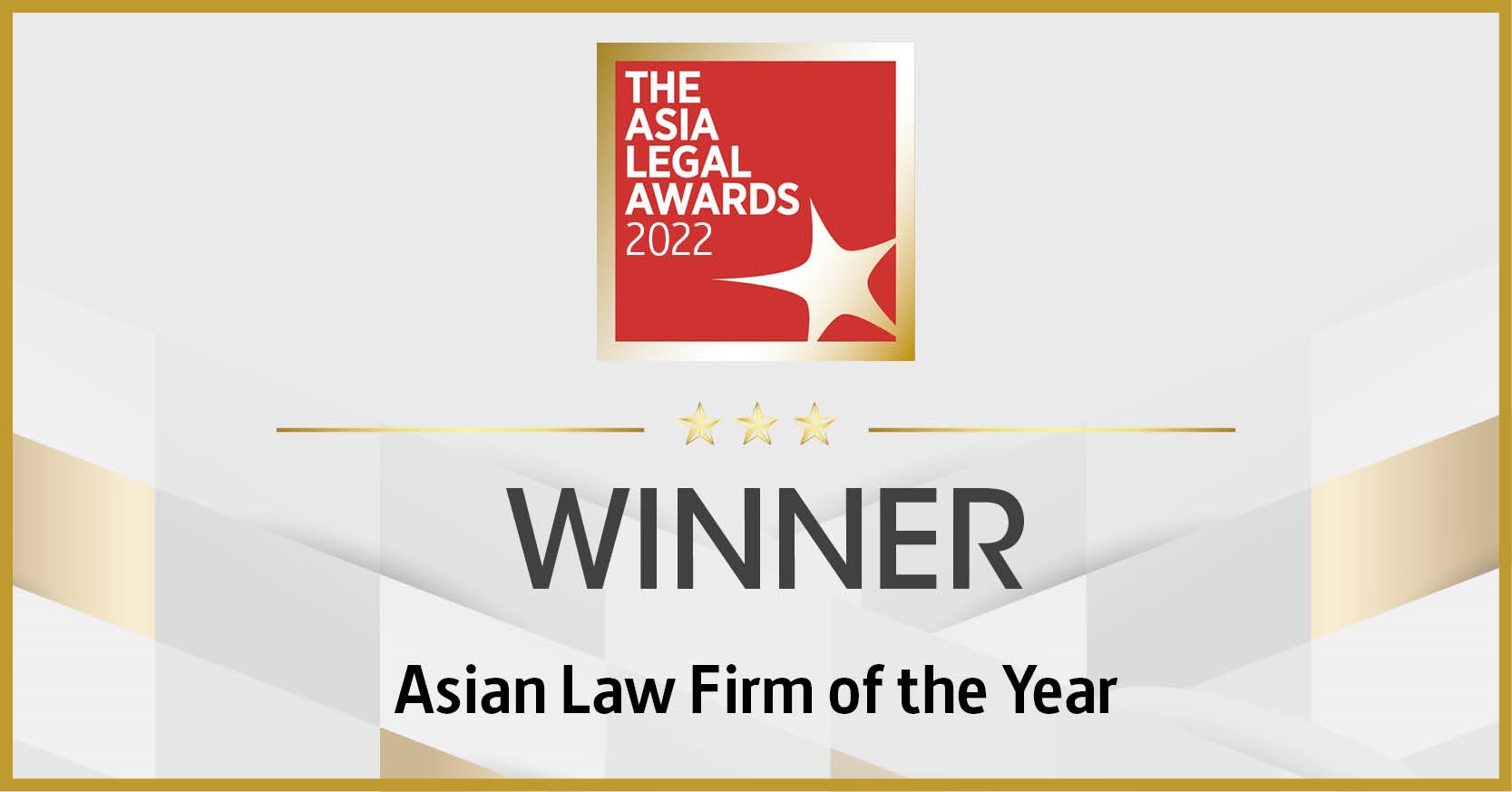 The following are the awards we won this year.